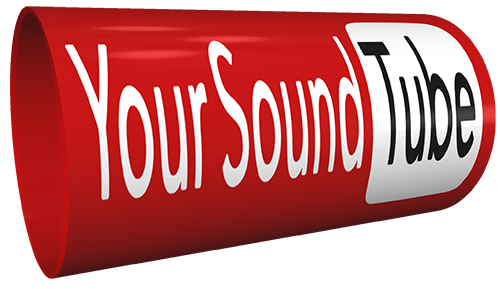 Recording Service for You

You are a professional producer or musician
Choose this option if you are running your own music projects and you are interested in our recording service in order to add additional instruments to your own project.

You are a corporate project manager
Choose this option if you represent a company that’s interested in customised music/songs for advertising, promotion, games, TV, corporate video or such like.

At the beginning of 2017, we started working with Jadyn Rylee, a young Canadian singer. The first common project was an Acoustic cover of Metallica’s ‘Nothing Else Matters’. After launching an alternative Band version on Sina’s YouTube in order to drive traffic to Jadyn’s channel, the video went viral and reached the 1M mark pretty fast. So we recorded another big ballad for Jadyn to perform to: The Sound Of Silence, launched in May 2017. This time the response was even greater and the video reached the Million mark in less than 2 weeks. The video went viral on Facebook after it had been shared by various major pages with approximately 50M views cumulated on Facebook alone (2018).

So obviously, Jadyn is one of the featured artists on our Digital Album ‘YourSongBook’:

These are only a few of the songs we produced:

More examples of our work

Rick is a keyboard & sound wizard, piano virtuoso and orchestral arranger. He has worked with artists such as Jewel, Sneaker Pimps and The Mighty Wah! and is currently working with Status Quo. He has toured the world with high profile acts, and has been involved with hundreds of studio recordings with a variety of Producers. For testimonials checkout Rick’s homepage.

Mike has been touring all over Europe with various Beatles Tribute Shows since 1999. Since 2006 he works as a producer, arranger & studio musician.

Sina literally grew up in a recording studio. She started playing drums at the age of 10, she runs one of the most prominent drum channels on YouTube channel (more than 1M subscribers and about 400M views in 2020). Check out Sina's website Girls Got Groove!

As a team, we are capable of providing band arrangements in about every musical style you can think of. However, if other instruments are required, e.g. classical instruments, we can arrange to record whatever you ask for. We also enjoy inviting special guests in order to add to our arrangements. For one of our latest collaborations with Jadyn we were backed by an amazing Romanian Guitar virtuoso, Andrei Cerbu, who is only 14 years old but plays to an incredible level